VyCAP’s single cell isolation solution is simple to use, high recoveries and results in high quality single cell DNA and RNA data. The system is desiged to isolate rare single cells and compatible with all single cell down stream analysis technologies.

VyCAP’s isolation chip consists out of 6400 microwells with a single pore in each well: the bottom of these wells are optically transparent with a thickness of 1µm. A cell suspension is transferred to the sample side of the disposable, containing this microwell, as the pump unit is activated. Hydrodynamic forces drag individual cells into the wells towards the pore in the bottom of the well. After a cell lands on the pore the sample flow through that well stops and no other cell will enter, diverting the next cell to a neighboring open well. In this manner single cells sort in individual wells across the entire chip; it typically takes 1-5 minutes to process a cell suspension and fill the microwells with single cells. To isolate single cells the well bottom together with a cell is punched into a PCR plate or PCR tube. Punching is fully automated and controlled by dedicated software.

Puncher system is fully automated and easy to handle

After filling of the microwells, the slide is transferred and easily loaded into the Puncher system to acquire fluorescent images. This system contains high end scanning stages to quickly position the chip, a Lumencor LED excitation light source and a Hamamatsu CMOS scientific camera. The stages are automatically controlled by the dedicated and user-friendly image acquisition software. Furthermore, the system has auto focus and an automatic filter cube changer that can hold a maximum of six different filter cubes. Below is an example of an image displaying a microwell chip filled with cells, stained with different fluorophores. 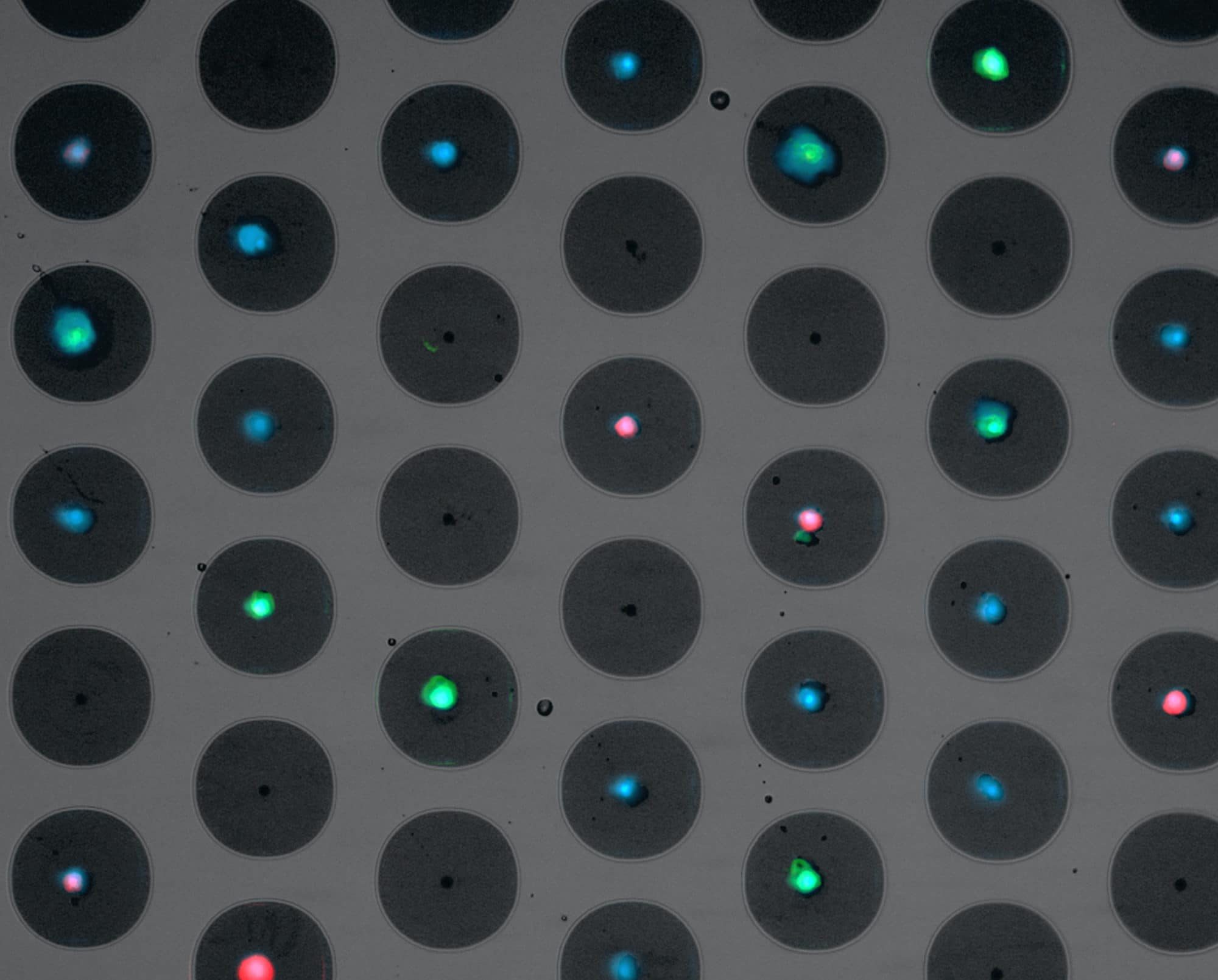 After image acquistion, the software can make a pre-selection of the cells of interest, based on the fluorescent cell signature. These preselected cells are presented in a gallery where cells can be selected for isolation by the signature Puncher technique. 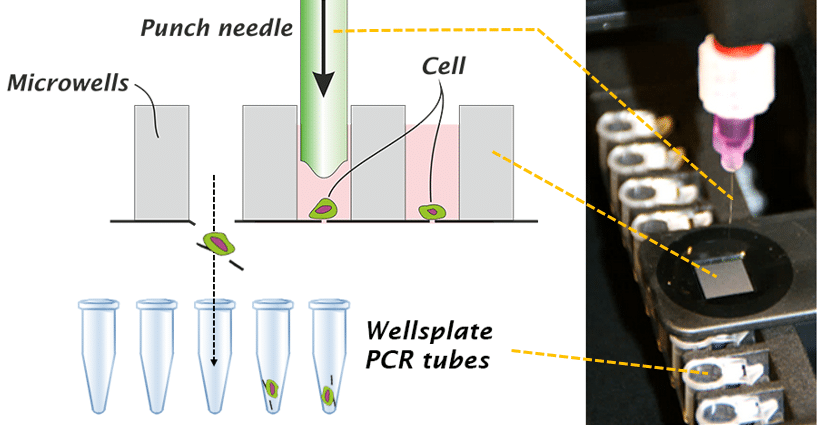 VyCAP has WGA protocols for viable and fixed cells using the Repli-G kit of Qiagen and the AMPLI-1 kit of Silicon Biosystems. The quality of the WGA product using these kits is determined by VyCAP’s WGA QC kit. The kit determines the presence of 10 DNA fragments present on 10 different chromosomes. For the REPLI-g kit all 10 bands are visible in the most optimal case. For the Ampli-1 kit, 7 bands are visible for maximum quality. One band is lost because the DNA fragment is too long to be amplified by the polymerase of the kit and two other fragments are lost due to the presence of restriction sites within these fragments, for the Mse-I enzyme as is used in the Ampli-1 WGA kit. 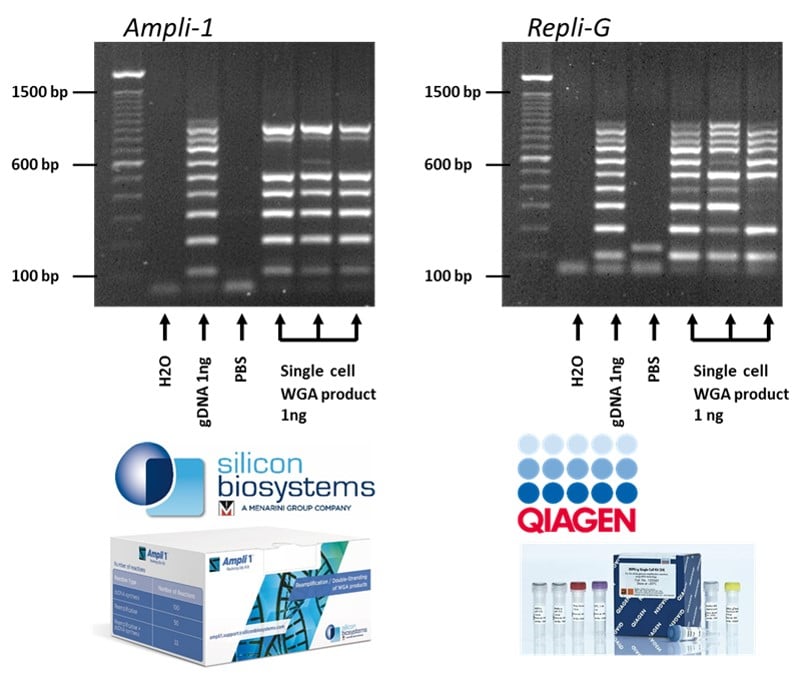 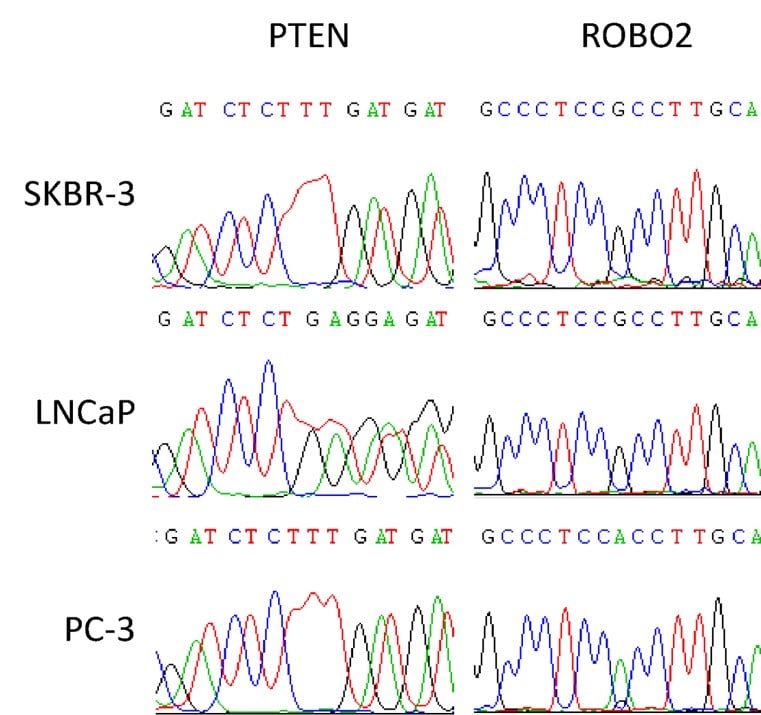