The Clamp Unit connects the VYCAP PVDF-membrane against the microwell chip to quickly capture the molecules secreted by thousands of single cells in parallel.

These molecules are diffusing through the pore in the bottom of each microwell onto the PVDF-membrane surface. The captured molecules are subsequently visualized using common immuno assays. The Clamp Unit enables to measure the secretion of thousands of single cells over time. 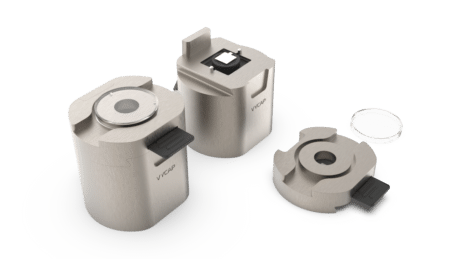