The Punch needle is an essential part of of the Puncher system for CTC isolation. To isolate and transfer viable cells such as Circulating Tumor Cells from the microwell chip towards the tissue culture plate the needle automatically punches out the bottom of the microwell. CTC isolation for clonal expansion is easily done with the Puncher system in the flowhood. The needle Punches the microwell bottom and viable cell towards a tissue culture plate with medium for monoclonal expansion.

Punch needle does not touch the cell duringisolation

The tip of the Punch needle is shaped such that it punches out the bottom of the microwell without touching the cell. During punching the cell remains in a culture buffer at all times. The cell isolation is fully automated and has no effect on the cell viability. 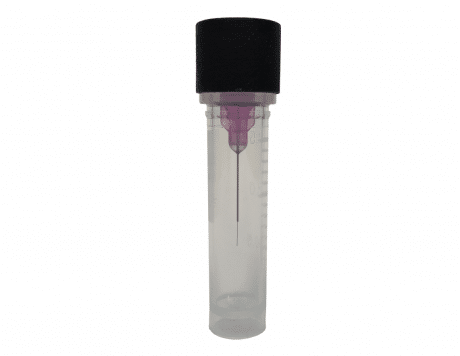