Prenatal detection of chromosome abnormalities has been offered for more than 40 years, first by amniocentesis in the early 1970s and additionally by chorionic villus sampling (CVS) in the early 1980s. With the VyCAP work flow a cell based NIPT becomes reality. Single fetal throphoblast cells can be genetically analysed for example copy variation analysis (CNV).

A tube of maternal blood of 10ml contains around 10-15 fetal cells. This low frequency of appaerance requires to pre-enrich the trophoblasts cells. The enriched cells are labelled with the fluorescent labels, DAPI, CK-PE and CD45-APC, to indentify the trophoblast cells. Currently our workflow is based on Rosettesep enrichment. 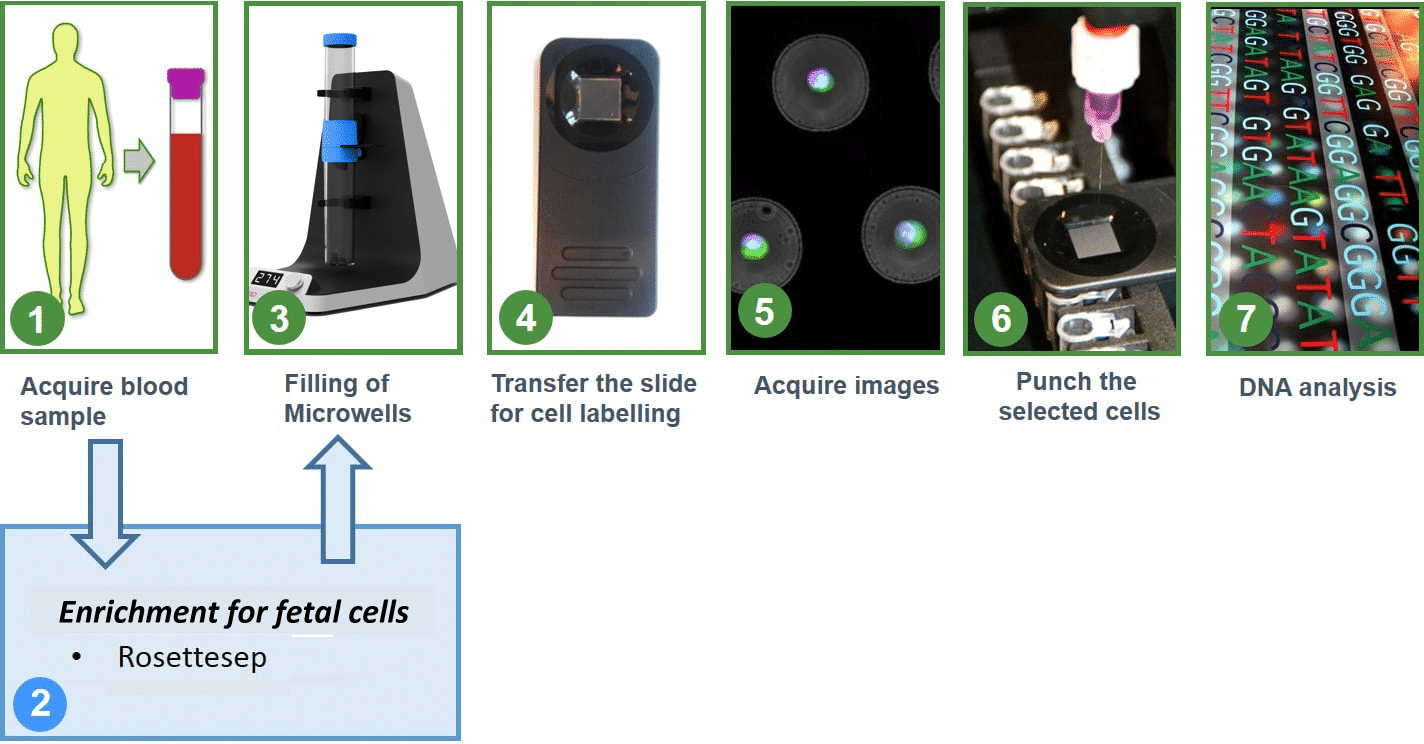 After the trophobalsts are identified these are isolated and transferred to a PCR plate or PCR tube using the Puncher system.

The Puncher software screenshot below displays punched trophoblast. Each horizontal row belongs to a single fetal cell. It shows the microwell ID (number), and several images of the cell in different fluorescent channels. Furthermore the PCR tube location (A0, A1, A2,…) and an image of the microwell bottom before and after punching. 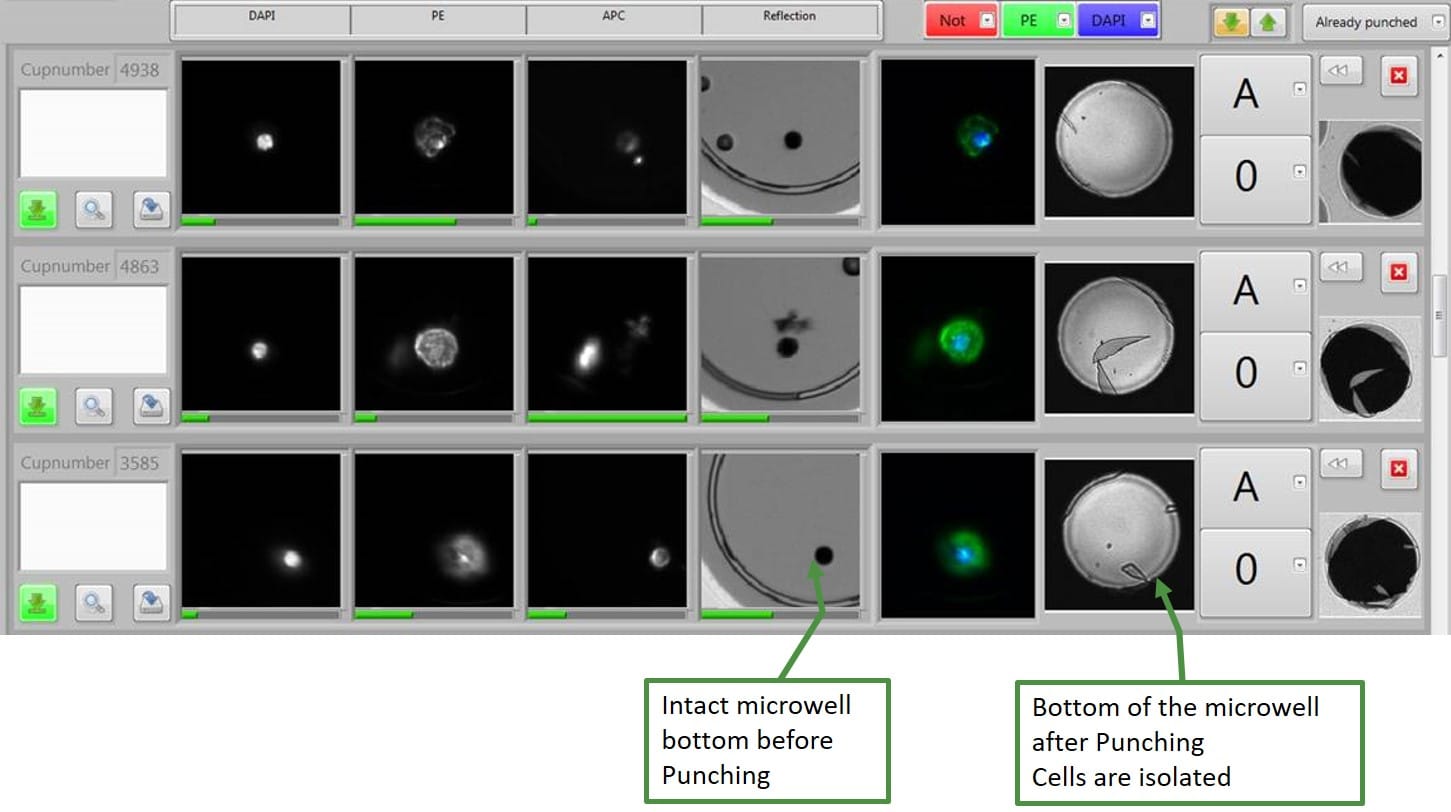 WGA on the isolated single trophoblasts

Our workfow to isolate fetal cells is compatible with most commercial sequence technologies. VyCAP has validated protocols based on AMPLI-1 and REPLI-G whole genome amplification (WGA). The quality of the WGA product is determined using VyCAP’s WGA control mix. The quality is determined by the presence of 10 DNA fragments on 10 different chromosomes.