VyCAP offers an innovative solution to measure and analyze the protein secretion by single cells for rapid antibody discovery. The followed by isolation of the cells that secreted the molecules of interest.

The innovative solution consists of a combination of our single cell microwell chip in connection with an antigen activated surface. The antibody produced by the single cells is “printed” by the microwells onto this activated surface and detected and analyzed by common methods like ELISA. The high quality images of the single cells inside the microwells in combination with our Puncher system provides an efficient workflow for monoclonal cell line generation.

Workflow to select single cells based on their secretion profiles

A schematic picture of the workflow is presented in the figure below. 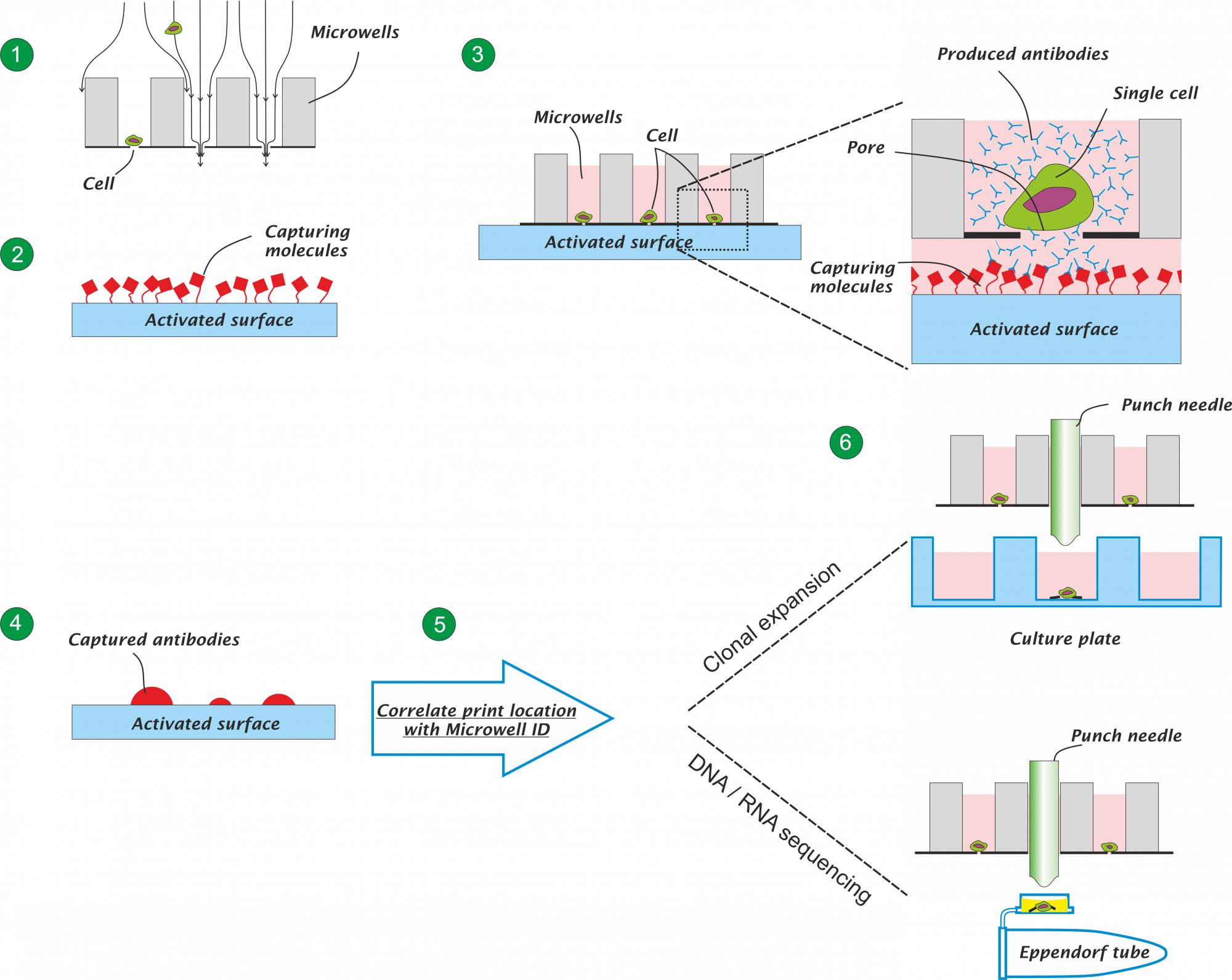 Printing antibodies on a surface 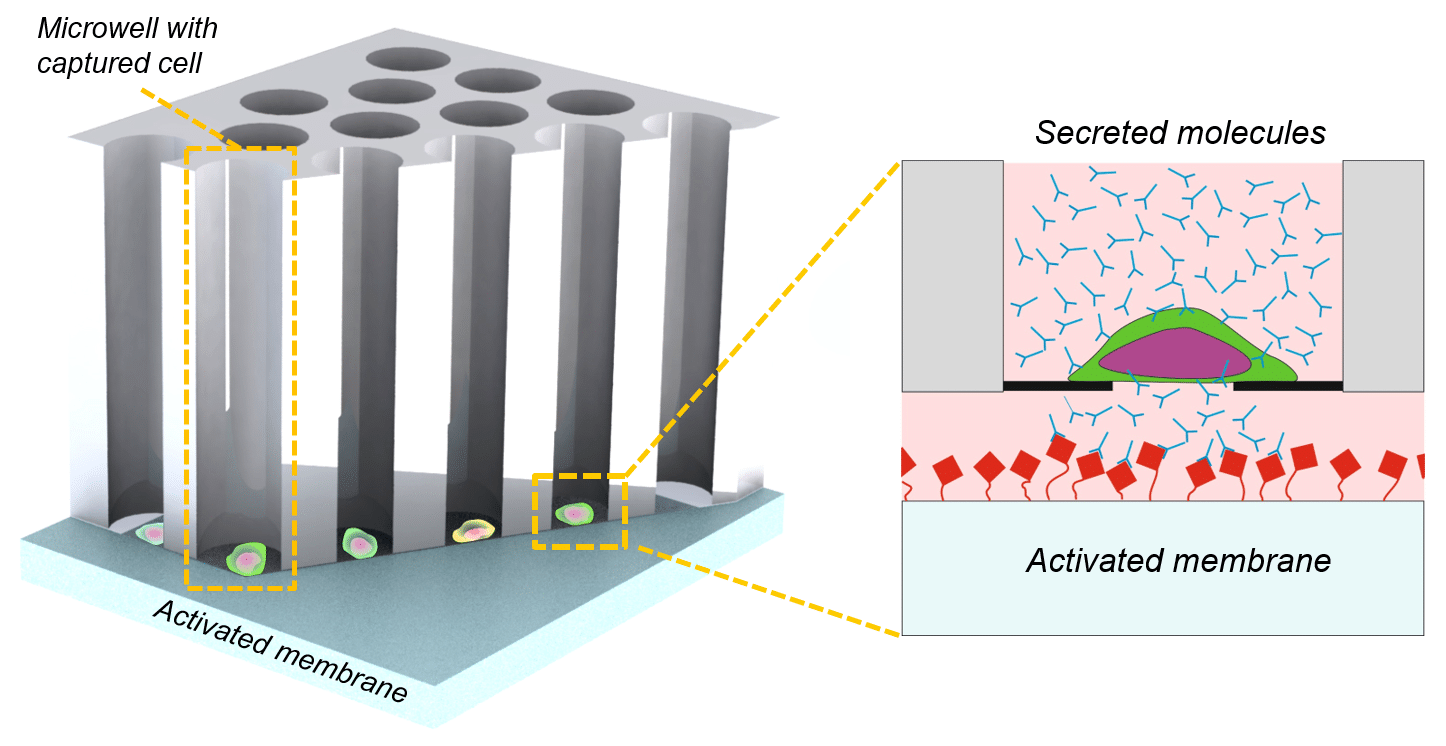 Correlate the printed antibodies with the microwell

By correlating the location the printed spots with the location of the microwells the cells that produced the highest amount of antibodies can be relocated. Next these cells are isolated and transferred to a culture plate for clonal expansion. 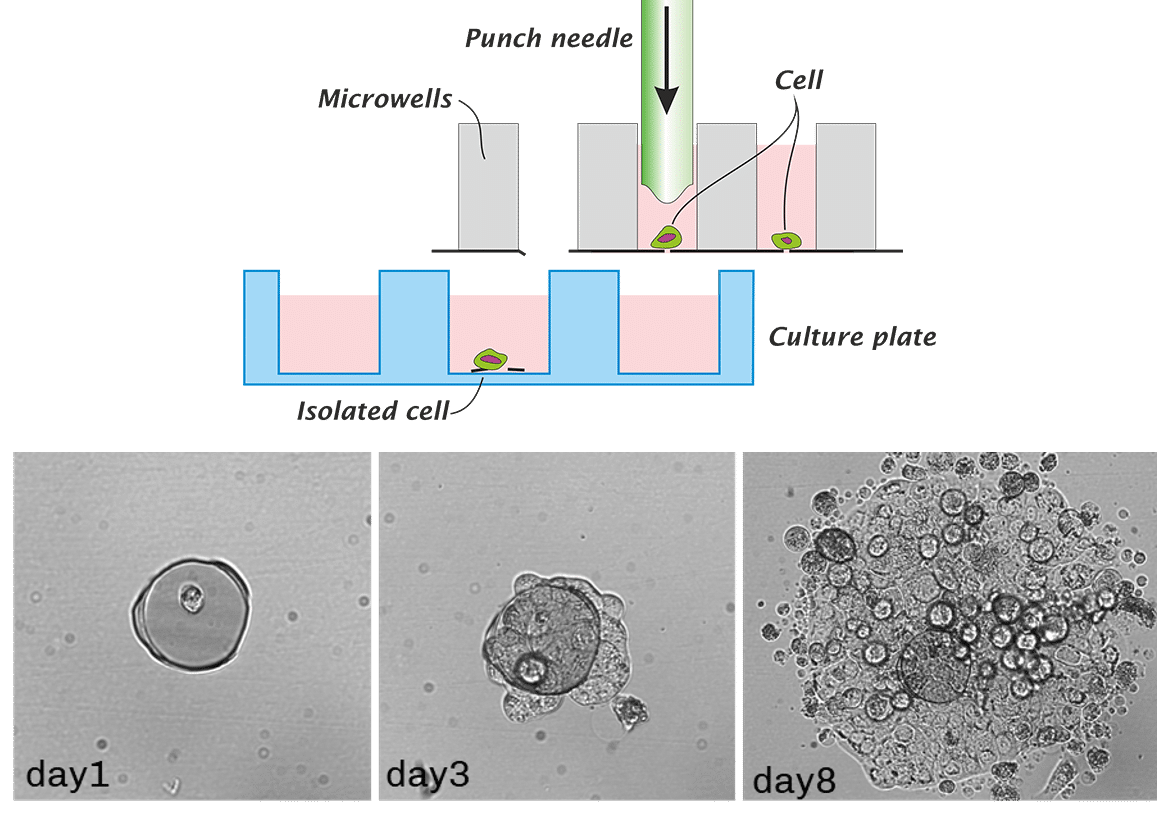